Anticipation of automation activities in FPSOs

Anticipation of automation activities in FPSOs

Usually, the commissioning activities of an FPSO (Floating, Production, Storage and Offloading) unit follow the steps defined in the project`s schedule. In this way, as is known to all the parties involved, the beginning of some activities depends on the conclusion of others, a cycle that continues until the end of the work on the shipyard.

As usual, acceptance tests for automation systems are initiated after the integration and completion of previous activities, such as lifting and installing the modules of the production plant on the platform, launching and interconnecting instrumentation cables, interconnecting and fusing optical fibers, certification of communication networks, availability of the electrical system to supply the equipment, among others.

Often, the need of waiting for the accomplishment of these steps causes the testing and commissioning of automation systems to become bottlenecks for the termination of general activities, impacting on the offshore operation and production phase.

Considering this information, Altus has been using the methodology of anticipation of acceptance tests in the field of automation systems. With this, it is possible to release the automation panels for the start of the Loop Test, which is the validation of the complete loop between the instruments installed in the process plant connected to the programmable controller and the verification of the respective quantities and animations on the supervision system screens.

For this task, a Test Jig containing a hardware architecture similar to the original architecture of the platform is used. Virtualization resources are used for the supervision system, enabling the reproduction of servers and operation screens. You can then perform the acceptance tests of the automation equipment as well as the Loop Tests individually, per module of the production plant, and in parallel with the previous activities.

When all activities before the automation system are completed, the Loop Tests will already be validated, making it possible to prioritize the simulation tests of the plant process, tests of logic interlocking and tests of cause-and-effect matrices. Thus, more time can be addressed for validation and real verification of all elements in an integrated way. In addition, the unit`s operating team has greater contact with the complete systems that will be used during the operation and production phase.

This methodology brings advantages to the customer because it is possible to anticipate routine problems found during this stage of commissioning, without affecting the deadlines defined in the schedule. The procedure also enables more advanced validations, verifications and tests to the systems in a reality much closer to the unit`s operational phase. 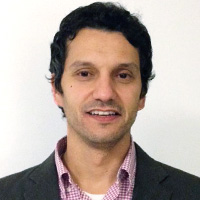 About the author
Fernando Andriola started his career at Altus in 2005, as a technical intern in the Engineering area. Since then, he has been developing his career in the sector, working on Oil & Gas projects, such as the commissioning of Petrobras oil platforms installed in the Brazilian Pre-salt. Today, he holds the position of Interface Coordinator.

Differentials of a high-speed PLC for machine control

The evolution of the components used on Hydraulic Presses, as well as the better integration of all products, provides a larger increase in the operatio...

Altus is starting a new cycle in its history! Through an innovative partnership with Vivace Process Instruments, we now have a line of instruments of th...