Communicating a Nexto CPU with a X2 HMI through ARTII protocol

Communicating a Nexto CPU with a X2 HMI through ARTII protocol

The following versions were used to this feature test:

Attached with the document are the zip file with the iX project and the *.project used into the MasterTool IEC XE as the xml file exported an imported during the test.

It is possible to export standard types, arrays and structs. This example will export three standard variables and one struct with 3 elements.

First of all, create a single Project, using, for example, the CPU NX3005. Before writing the code create a struct to use in the example. To do that, click the right button on "Application" and choose the option "Add Object/DUT…" on the context menu. Set the DUT "Name" as "sTest" and select the type "Struct". The following code must be typed into the DUT editor:

Edit the "UserPrg" POU and type the following code into this object: 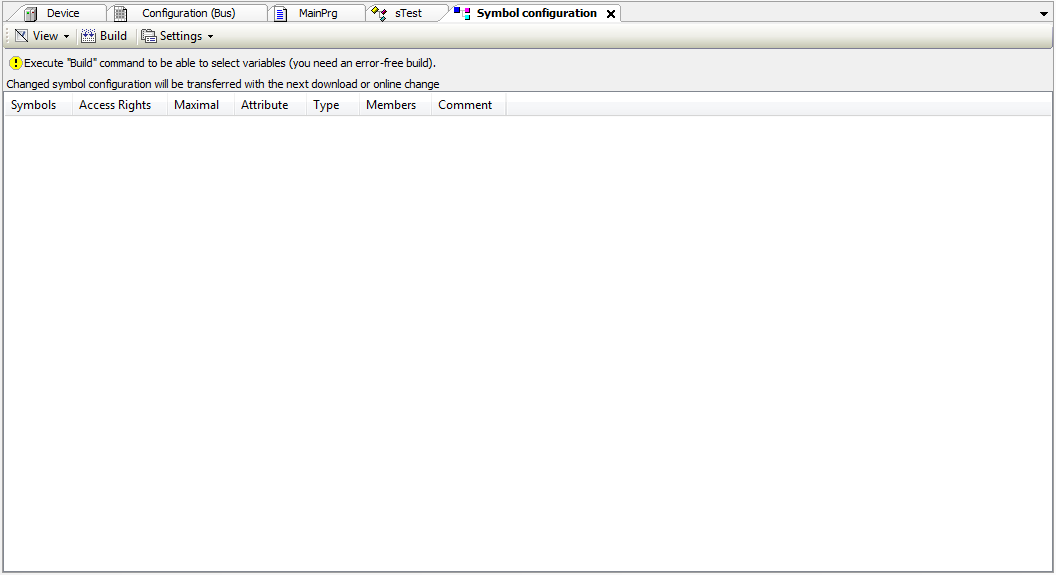 Press "Build" into this screen to see the symbol available into the project. 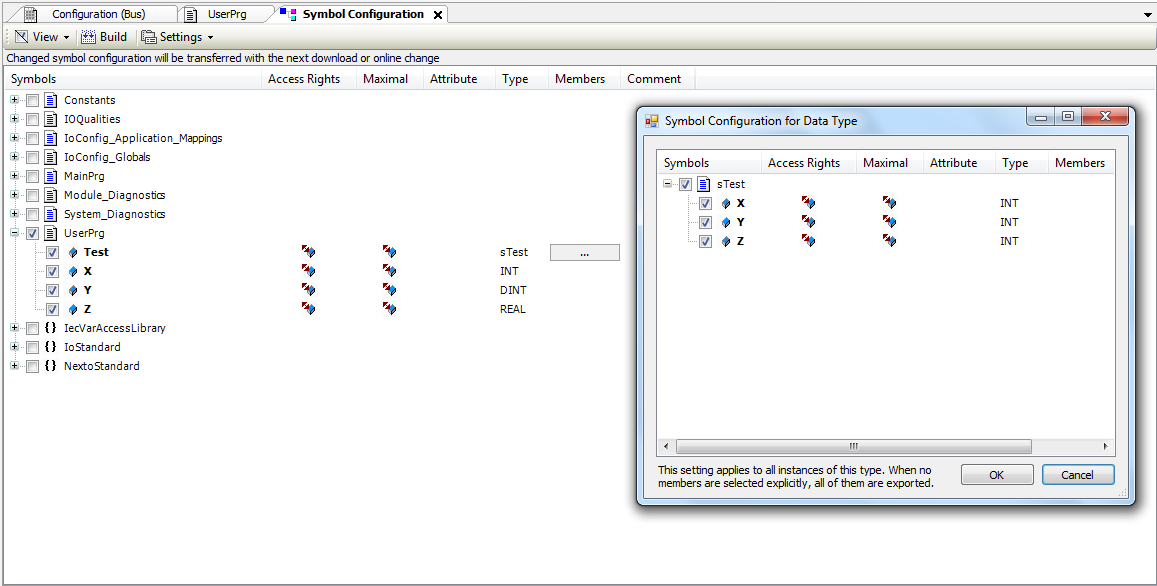 Before downloading set the right configuration for the NET1 interface and choose the Device in the Communication Settings.

Create a new project using an iX panel, like the iX T4A SoftControl. 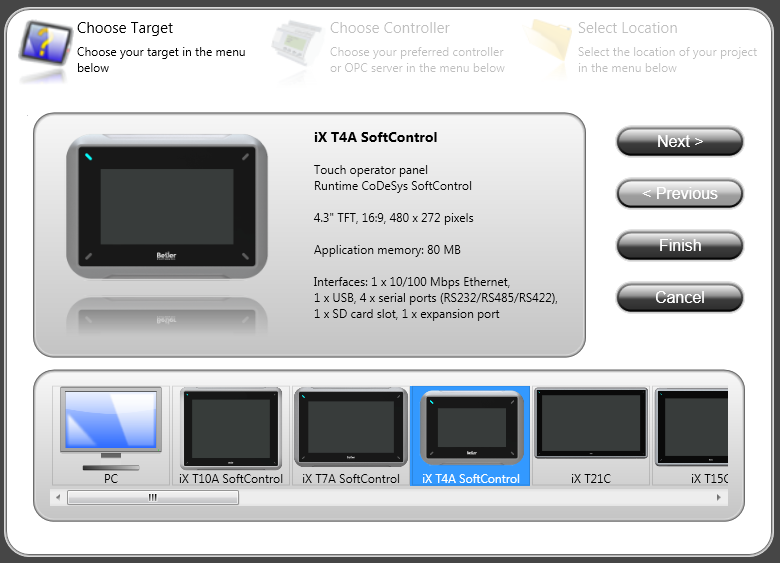 Choose the controller CoDeSys and the protocol ARTII. 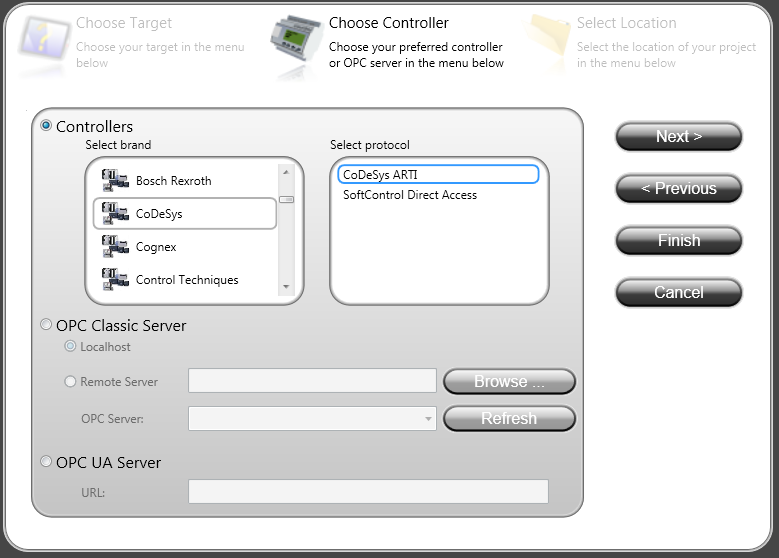 After creating the project, select the option "Tags". There is a button called "Import. Press the black arrow and select "Import tags to [Contoller 1]…" 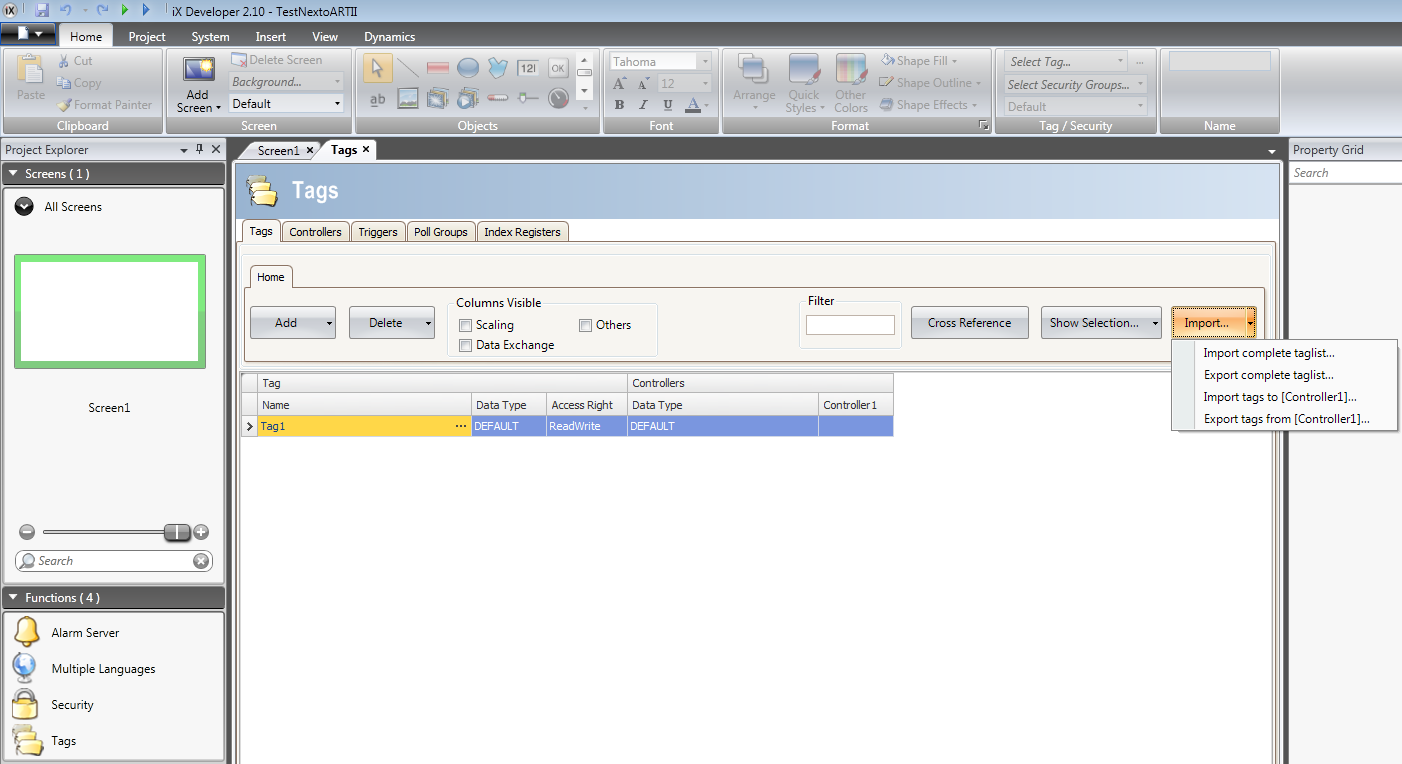 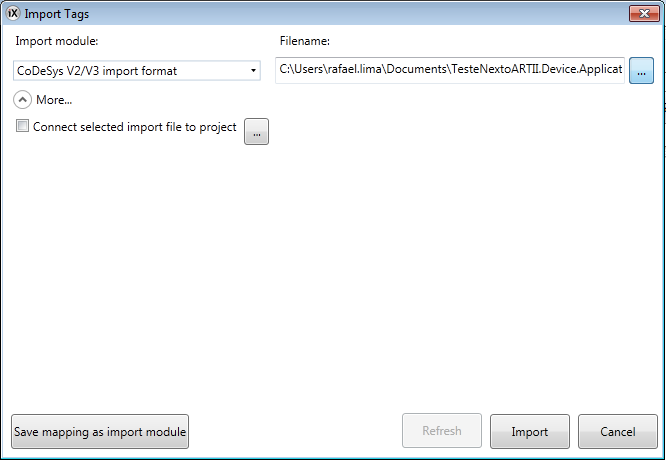 Press "OK" when the following screen is shown. 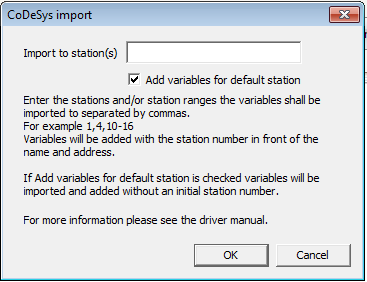 Select the variable(s) that will be imported. 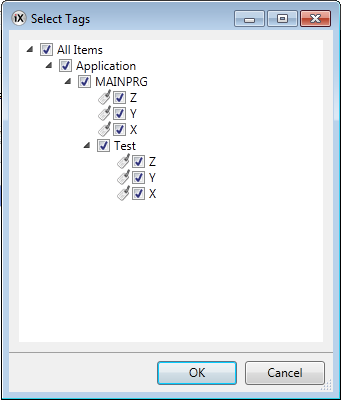 The variables will be added to the panel "Tags". 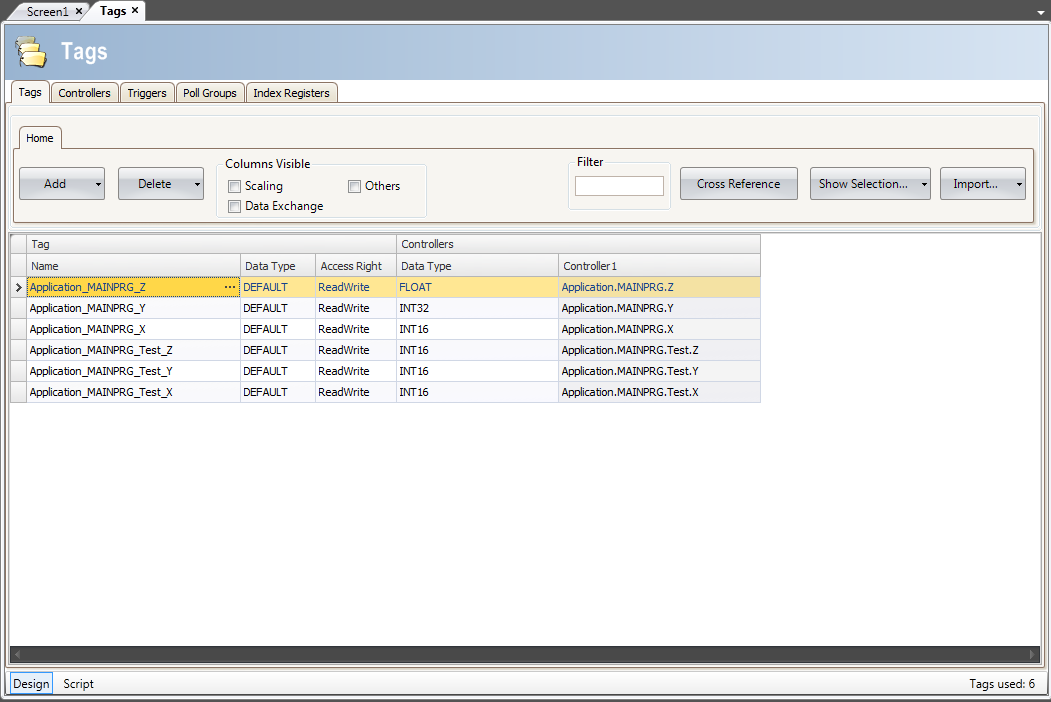 Choose the right IP for the controller as shown in the following screen. 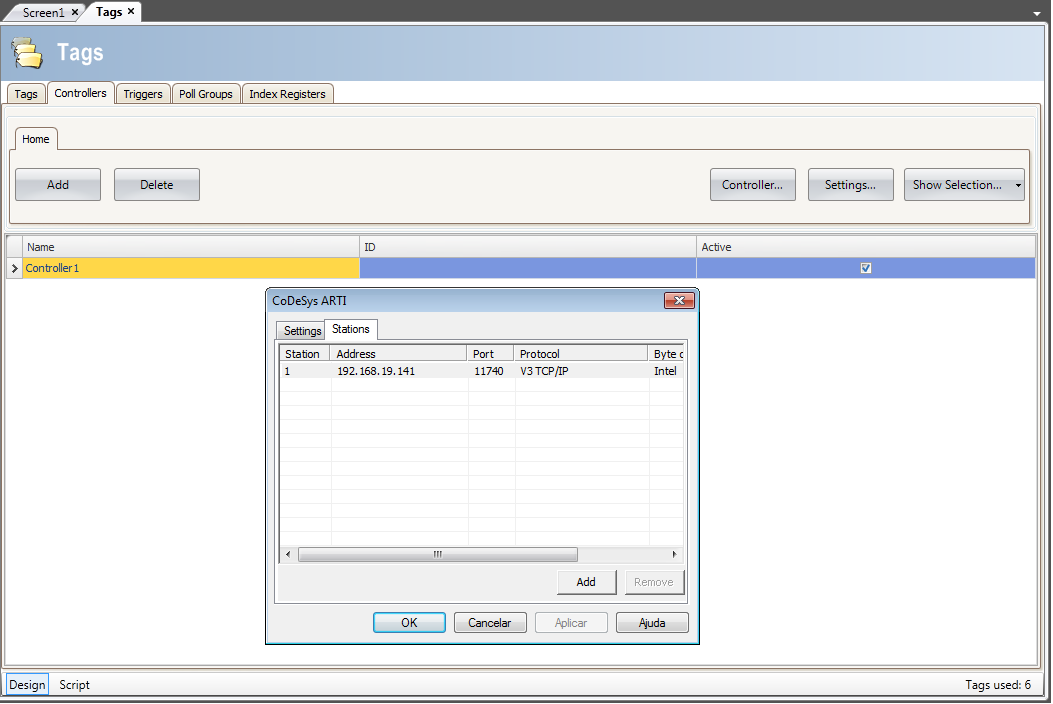 Create a panel screen using the "Tags" as shown in the next picture. 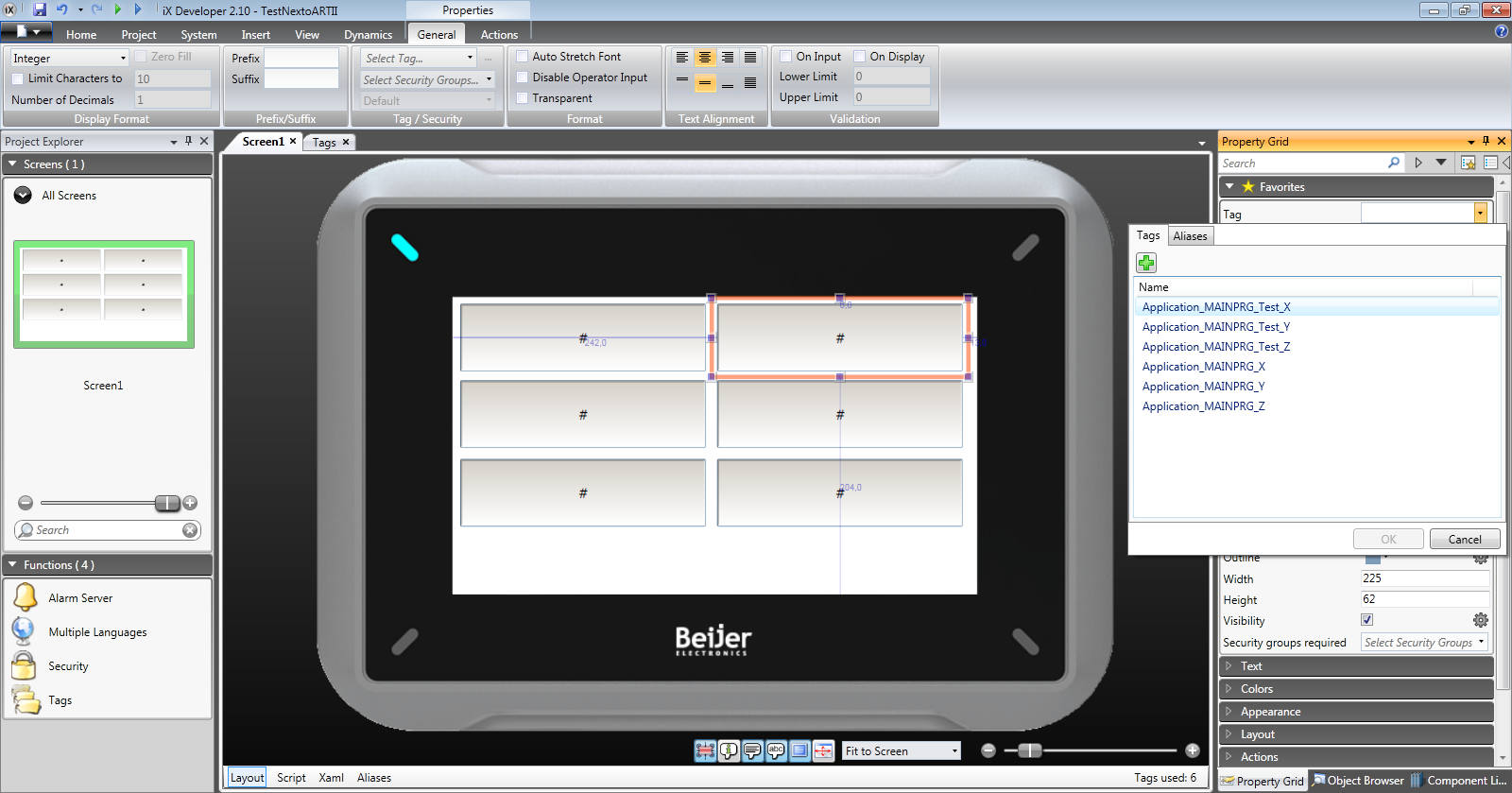 Select the right panel to download the HMI project. 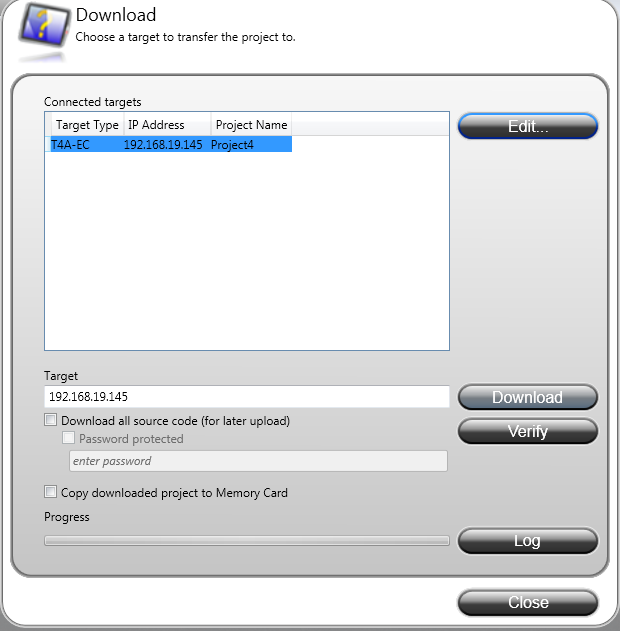 The values are updated for the HMI and PLC as shown in the following picture.