To carry out this tutorial, MasterTool software 3.12 or higher is required.

Note that the configuration serves both the NX3003 and for the Xpress.

In the next window select the device NX3003. Click Next. 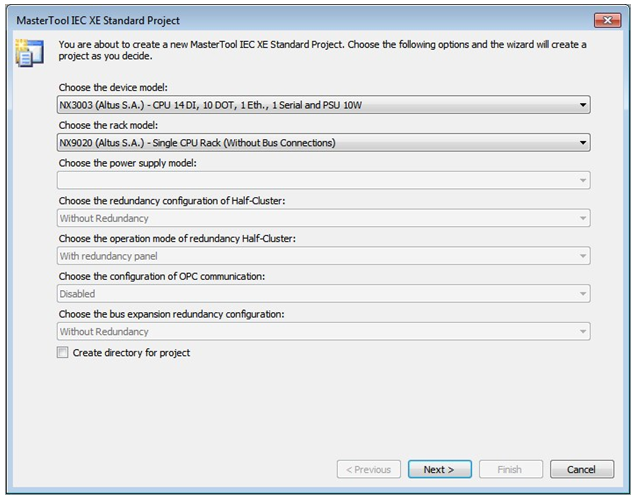 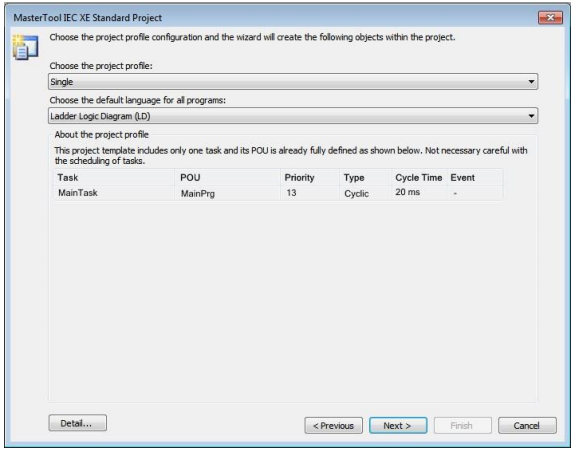 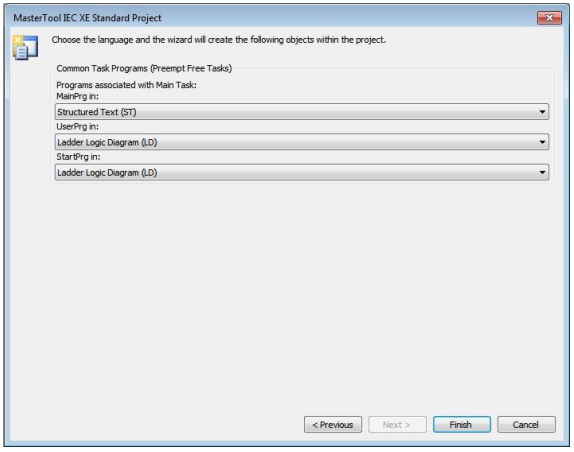 Once ready the screen will be shown as follows:

Now double-click Integrated I / O to access the input and output configurations of the NX3003. Select Fast Inputs.
Opening of the flaps of Inputs Fast arise several options that can be used. 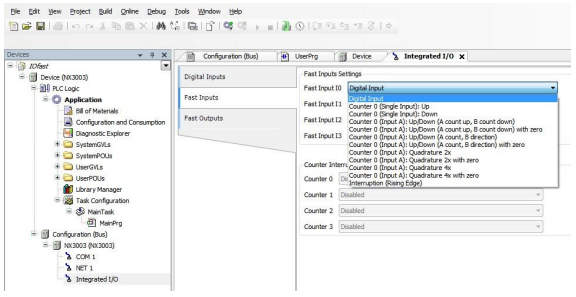 All configuration possibilities of the 4 ports are shown in the table below: 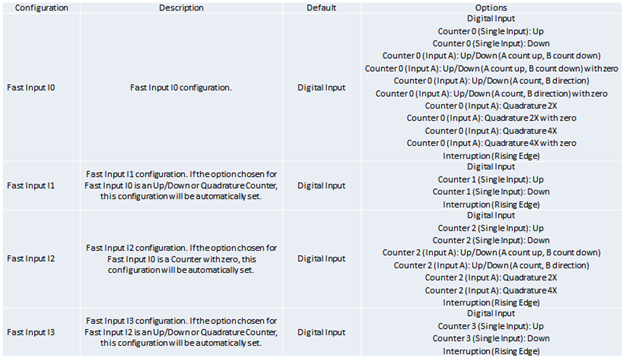 To configure the encoder quadrature is necessary to pay attention that you can not configure the ports to read. If Quadrature 2x or 4x only I0 and I2 doors are possible to be enabled. 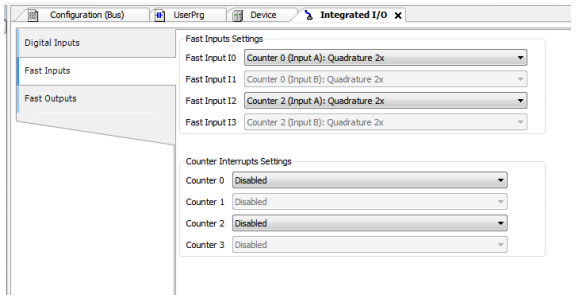 3. Setting Interruption with Comparison
Add a block in Ladder as shown below: 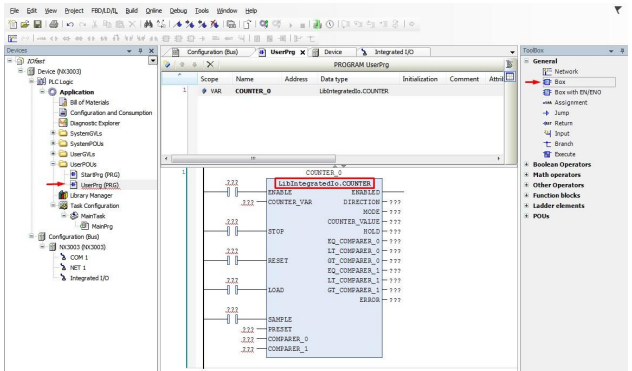 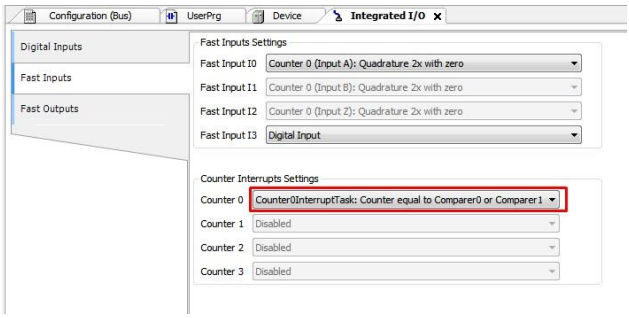 Below follows an example of how it is possible to set the block added up. 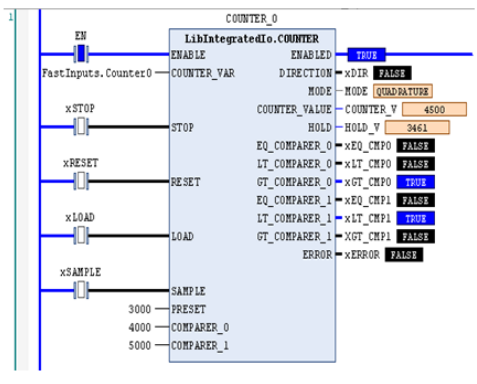 The inputs and outputs of the block above are described below: 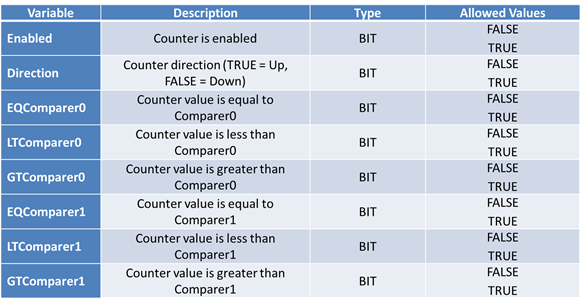 Below is a series of tables to facilitate understanding of the types of fast inputs. 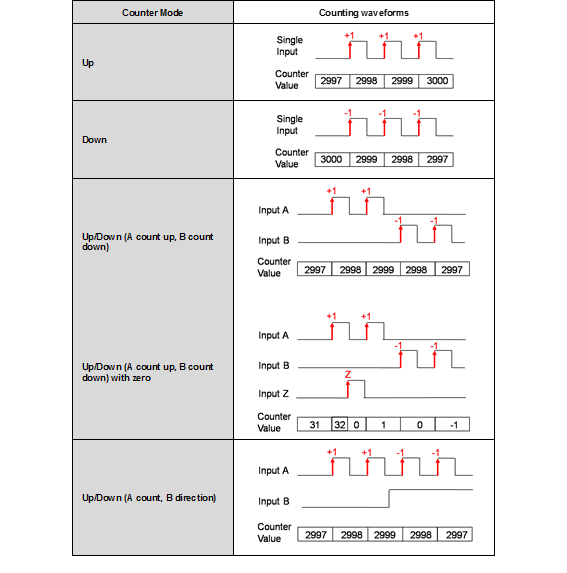 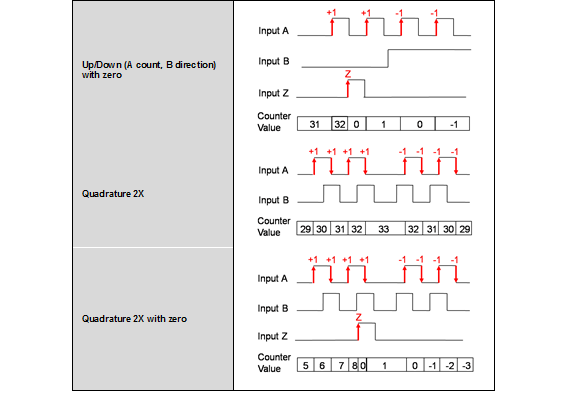 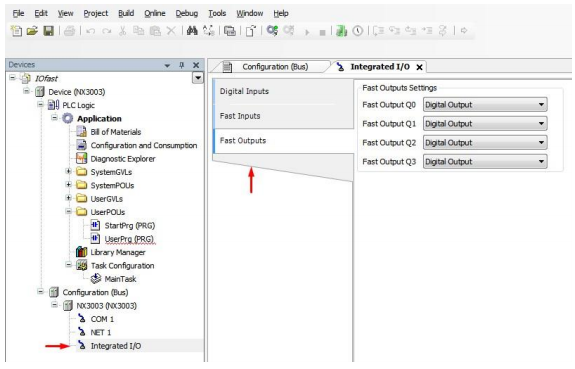 The options for quick exits are:
- VFO / PWM
- PTO
The 4 fast outputs ports support either type of outputs.
4.1. PWM
In the example below it is possible to see a PWM output block. Add Ladder block as shown below.

The inputs and block outputs are explained below:

Below is shown how it is possible to get the value of dutycycle, and fa frequency, T the period and the Greek letter such is the projection over the period.
4.2. PTO
The PTO output is characterized by having ramps, both accelerating and decelerating. 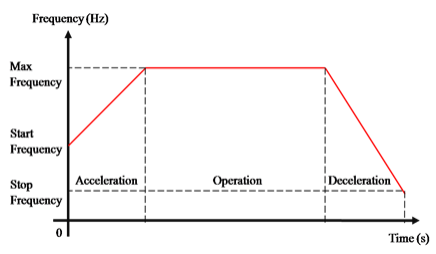 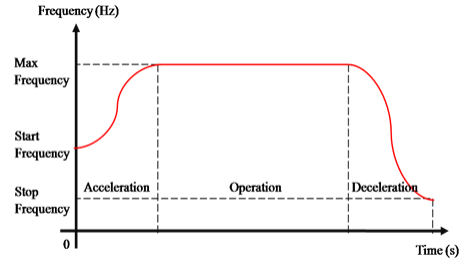 To add the fast output block PTO just follow the steps in the figure below: 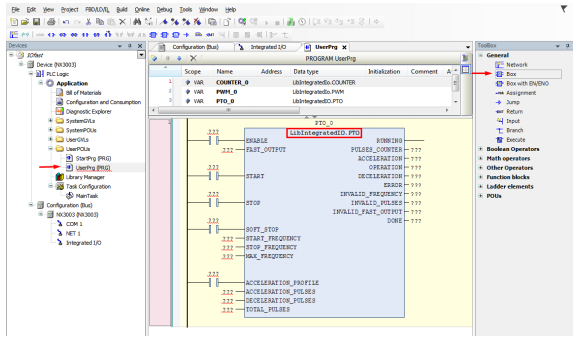 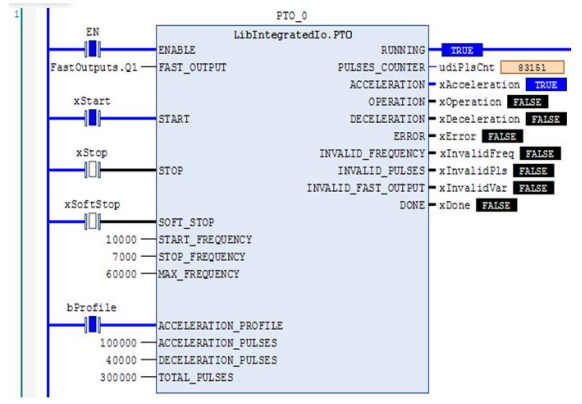 The block inputs and outputs are described as follows: 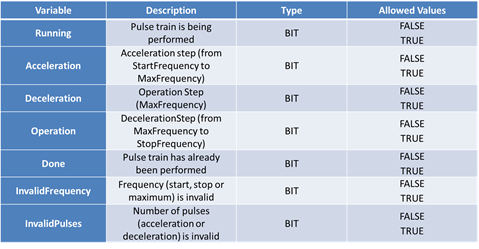 Maintaining your CPU’s firmware up to date is of extreme importance to assure that your system works properly, as well as to grant you access to new...

SOE configuration between Nexto and BluePlant

The SOE (Sequence of Events) is responsible for the generation of a sequence of digital events. Through the SOE it is possible to analyze the historic b...

See how easy and quick it is to mount a complete rack of Nexto Series PLC.